DuPont participates among the most equitable companies in Colombia 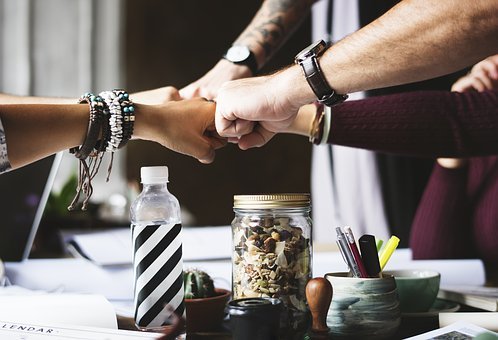 Next Thursday, July 18, the awards and presentation event of the 2019 Par Ranking will take place. An event that turns 5 years making equity a reality.

The initiative, led by Aequales, the Women’s District Secretariat and the College of Administration Studies (CESA), evaluates four categories: goal management, organizational culture, structure and talent management. The multinational of American origin based in Colombia, DuPont, is one of the participating companies for its leadership and practices in the field.

In fact, the event will feature the participation of a select group of guests in which Claudia Jañez, president of DuPont Mexico and Latin America will be. Jañez is one of the most important Mexican executives today. In 2019, she was included for the second consecutive year in the list of the 100 most powerful women in Mexico of Forbes Magazine. Recognition that was added to the one granted by the Expansión Magazine, who also highlighted her female leadership.

In addition to being at the head of DuPont Mexico and Latin America, since this year Claudia Jañez chairs the Executive Council of Global Companies of Mexico (CEEG). Position held for the first time by a woman. The association brings together 51 companies that represent 40% of direct foreign investment in Mexico and 10% of its Gross Domestic Product (GDP).

The Prize for the Par Ranking will be held on Thursday, July 18 at the Chamber of Commerce of Bogotá – Salitre Business Center Headquarters.

Fuente: https://diariodelcauca.com.co/noticias/econom%C3%ADa/ranking-par-2019-dupont-participa-entre-las-empresas-mas-equ-543389
Hotel Bogotá Expocomfort, is subject to the legal responsibility law established in Colombia through Law 300 of 1996 and the Articles 1075 of 1997. It is equally committed to complying with : articles 16 and 17 of the Law 679 of 2001 that establishes the protection of minors (population under legal age in Colombia) against exploitation and sexual violence; The Law 17 of 1981 related to the protection of flora and fauna; The Law 103 of 1931 by which conservation of arqueological monuments and / or cultural patrimony is fomented; Abiding by the requirements of Article 4000 of 2004 which refers to Control of Foreigners. The Antitabaco Law 1335 of 2009; with the non discrimination and exclution of vulnerable population and special demands for the protection of personal data of minors (people under legal age in Colombia) and adults that provide their personal information that are included in our data base, for tourism and other purposes, preserving their protection, conservation and guaranteeing its safe and responsible use, procuring to protect the right to privacy and protection of personal data and all those who give us their information through our hotel registers, as well as our web page, before and after required terms of Articles and Law. We invite you to become a part of our environmental commitment to efficiently use water and energy, as well as the integrated management of solid waste and our commitment to reduce, reuse and recycle. PRINT ONLY IF NECESSARY. IF POSSIBLE, PLEASE USE RECYCLED PAPER. HELP US PROTECT THE PLANET.